Paris Is Always A Good Idea

I had the most perfectly Parisian day today. In a failed attempt to find the location of the school where I will be taking my language classes in January, I ended up at Victor Hugo and decided to walk down to Trocadero, where I hoped to take the typical tourist photo in front of the Eiffel Tower to add to my collection [see previous post]. Once there, I summoned some Spanish girls over to take my photo in exchange for me taking theirs, and I walked on, leaving the tourists behind as I enjoyed my little lunch picnic on a park bench looking towards the tower. I sat there for a while, enjoying my ham sandwich while people watching and remembering the last time I was there, in December of 2009, in the midst of Paris’ first snow of the season. Today was not nearly as cold, or as emotional as that last day in Paris 3 years ago, but today brought its own set of emotions, most of them pleasant.

I spent the afternoon walking around the 7th arrondissement, mostly, to be honest, in search of a bathroom (impossible to find, amazingly), which I found after somehow returning to the Eiffel tower without realizing, nearly two hours later. Parisian streets have the interesting habit of both providing me with extreme orientation (which I never have at home), and also completely disorienting me at the same time; after walking for two hours (in search of the nonexistent bathroom), visiting the gardens of the Musee du Quai Branly, and thinking that I had somehow already made it down to Notre Dame, I turned a corner and voila – the Eiffel tower once again. My promenade continued down the length of the Seine and through the little streets of the Left Bank, where the crisp cool breeze that hinted at a fast-approaching winter blew carelessly through my messy hair, as I hummed “Ain’t Misbehaving” (by Fats Waller) and “La Vie en Rose” (I’ve been on a strictly ‘vintage’ music kick lately), practically floating the entire time. I took my time taking photos, weaving in and out of little streets, allowing myself to get lost in Paris, as so many people love to do. Once the sun started heading downwards, I walked across a bridge near Concorde to catch the sunset, and I remained there for nearly an hour, watching the last streaks of light paint the sky behind the Eiffel tower with all sorts of heavenly colors. As the night slowly showed its face, the muted colors of the city turned from Parisian grays and blues of daytime into the illuminated, sparkling brilliant yellows and blacks of the City of Light at night. Once darkness had completely arrived and the city was lit up entirely, I decided to venture back home, knowing that even for all its beauty, the commute in Paris is anything but beautiful. An hour later (and after being sandwiched in the metro for said hour), I arrived at my station and trotted on back to my new home in the suburbs of Paris. I suppose you could say I took myself out on the most romantic date possible today and I'm looking forward to treating myself to another date tomorrow.

Today was one of those days that nothing really happened, very few words were spoken, and I was left entirely to the thoughts in my own head, and as unremarkable as today could have been, after arriving home and kicking off my boots, I sat on my bed and realized that I had just experienced something incredible. Paris happened, and even when nothing happens, Paris is still there, still tickling you with its beauty, with its magic, with its charm, beckoning you in, to get lost in its streets, to hum and whistle to yourself in your own whimsical manner, to take pleasure in the sharp and piercing cold that turns your hands to a lovely shade of purple, to dedicate an entire hour of your life to simply staring into the city horizon, to speak to not one soul in the entire day and still feel like all of your human sensations, connections, and desires have been thoroughly met and to never fear the loneliness and solitude that this city threatens to bring, because its Paris, and even when you’re at your worst, or your best, this city is always there to remind you of why you are alive.

I often wonder to myself why I felt compelled to come back. While I suppose I’ll never fully know why, its days like today that remind me that this is where I need to be, where I feel like I have always been, and where a part of me will always be. 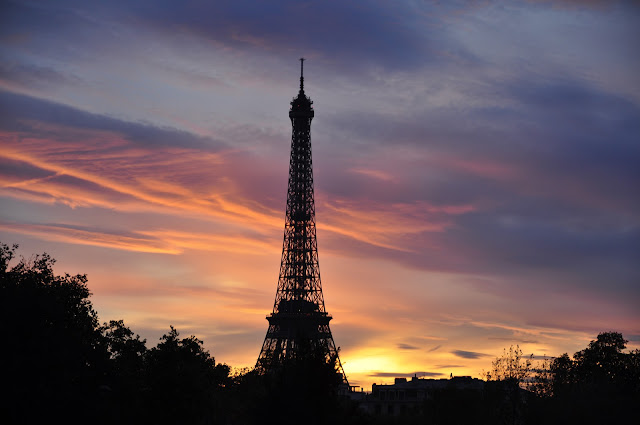