This is something I recently wrote for my photography class. Thought I'd share it here too.

Helen Levitt, street photographer from New York City, lived from 1913 to 2009 creating some of the most beautiful [and least recognized] photos of our modern times. Levitt worked closely with Walker Evans and other artists, including Henri Cartier-Bresson, both of whom inspired and taught her to become the talented artist that she was. Her vast portfolio includes both black and white and color photos depicting images of daily life on the streets of New York. Levitt’s career lasted more than 70 years, primarily based in New York City, where she shot photos that would later become recognized by only select groups of people, though unfortunately never by the mainstream media or the larger photographic community.
Helen Levitt is known for her photos of children, though her eye sees beyond child’s play, into a realm of adult “realness” which only few photographers are able to capture. She discreetly and quickly captures a moment in time while seeming to go unnoticed by the subjects of her pictures. Like a ghost, Levitt walks the streets of New York, seeing and observing the small and beautiful details about the city’s inhabitants. It is now known that she used a right-angle viewfinder to take photos discreetly and secretly, so as to not disturb the natural occurrence of events for her shots. She patiently waits for the particular and noteworthy moments of an otherwise normal and unassuming day to unfold so that she may quickly, quietly and secretly freeze these moments in time.
Helen Levitt's style embodies what I one day hope to become as a photographer. Her photos of the beautiful, unusual, ugly and normal of the streets are charged with a supremely powerful and psychological realization of humanity. The photos of children playing not only depict fun and games, but they depict reflections of adulthood, while her photos of adults transcend class, gender and status while simultaneously actively incorporating those aspects of society into each photo. Her photos are eerie, moody, cheerful, funny, touching and ultimately very human. In my opinion, Helen Levitt epitomizes street photography in an unparalleled humanistic manner that few can emulate. 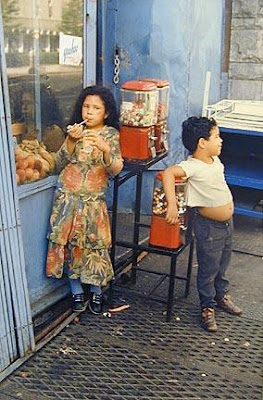 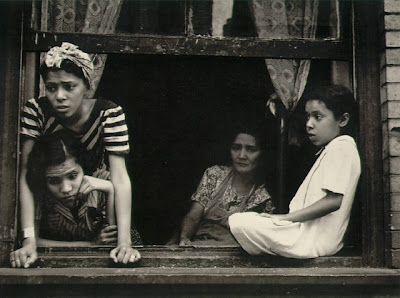 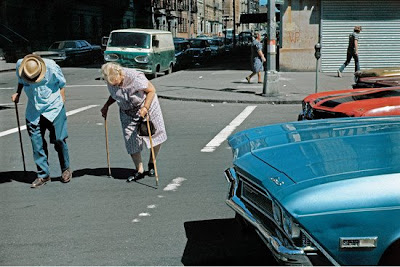 Very well written Cat! Informative and I love the pix. Glad to see you're still blogging :)